Download
Disclaimer: This game is a work in progress!

Spacebox is a simple 2D game about flying a spaceship around, mining asteroids and trading your goods on planets. Download the zip and start the executable to try it out!

Fly the spaceship around using the "ZQSD" keys and click to shoot the red pirate spaceships. Buy goods at planets and sell them for a profit at other planets. Discover new planets by following other spaceships or stumbling upon them by chance while mining asteroids. The idea for this game was "a space sandbox": A little 2D chunk of the cosmos where you can do what you want. Fly around, collect asteroids, fight or make space money in all sorts of ways.

This was the first thing I made after following a beginner's Unity course. As usual I got a little overexcited and started making my most ambitious idea first, resulting in a rough unfinished game that is still missing many quality of life features (such as a pause menu, keyboard settings, dificulty settings,...). While I'm still improving it frequently, it functions well as a demo of what I can do. This game has it all:

Future additions will include quality of life features such as a pause menu with settings and an exit button. I'd also like to add multiple save slots with the option to copy or delete saves.

The game could also benefit from difficulty options. I've designed the game so that gaining wealth is still challenging when you've figured the game out, but that might make the game unfair towards beginners. I'd like to add an easy or casual mode for players that just want to learn the game first, where making money is a little easier and penalties for running out of fuel or getting killed aren't as bad.

An improved User Interface could also really help this game, but to make that I will first have to learn some more about Unity's UI solutions.

Finally there's always more content to add to the game itself; new planets, more asteroids, more upgrades, more non-playable ships that fly around,... In terms of new game mechanics I could add quests; tasks that you can do for planets that can earn you money. The tasks could be finding something, collecting x amount of something, fighting something; simple fetch and collect quests. I could also add bounty hunting as an option to earn more money. Rightnow pirate ships are just a danger that you have to defend yourself from, but maybe some pirates could be more important than others. You could track master space criminals down using the navigation system and get a prize for defeating them.

The idea for this game has been around for very long. It started out years ago as an unfinished custom level in the video game LittleBigPlanet: ps-vita edition. Yes, really. I later tried to rework it into a card game, but then somehow ended up with a text-based browser game. In the browser game you would encounter planets, stars, asteroids and spacestations and you could trade goods, but you had no control over where you were going and you could never return to a planet you visited in the past. It was an interesting little game that got a lot of positive feedback but I feel like it didn't capture the spirit of "a space sandbox" I was going for.

With Unity's physics I could easily achieve the 2D gameplay I always imagined. 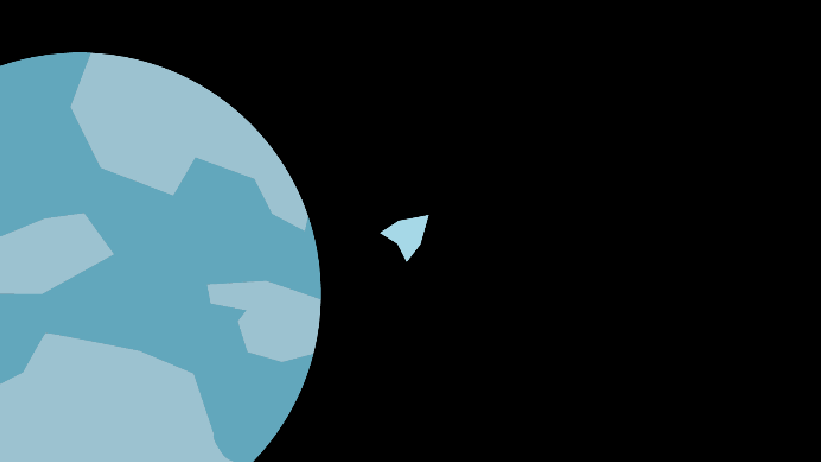 I went for simplistic vector graphics and designed many icons for the different goods and upgrades that the player can buy. 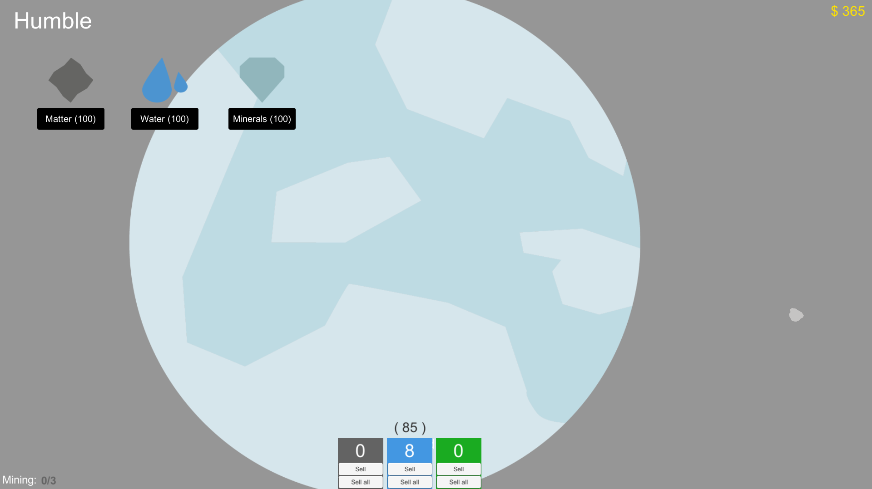 I first focused on making the asteroid mining, trading and upgrades work before I added paralax scrolling and particle effects. 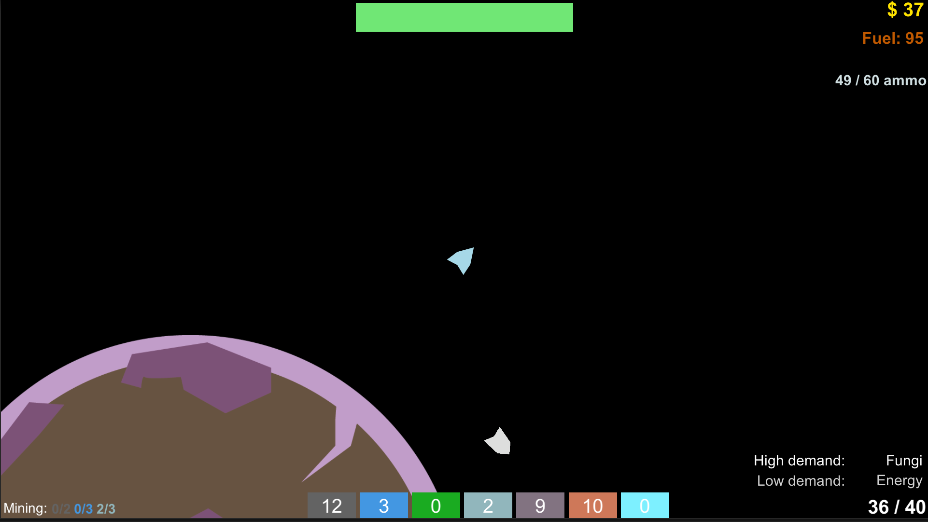 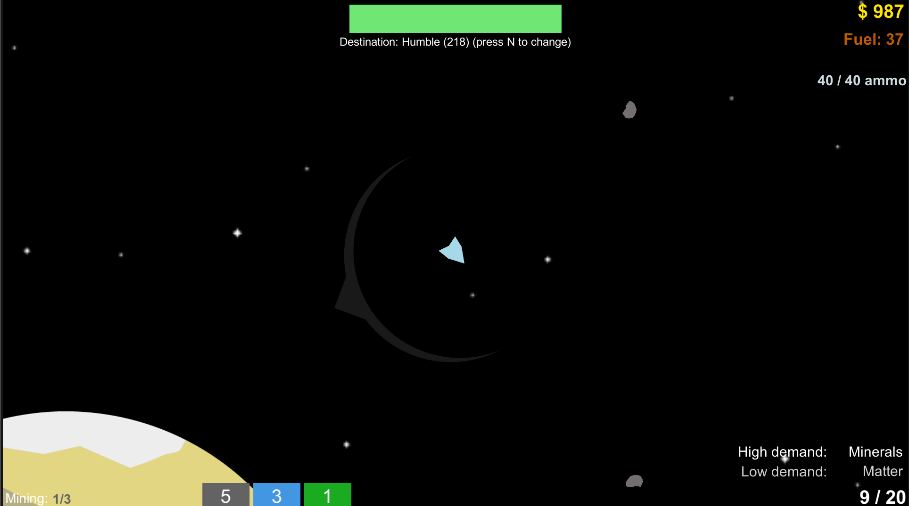